Something a little different for week 4……. “Power Rankings”. We all love them, yes they are totally pointless but all the same lets have a look because surely after 4 weeks we can begin to paint some kind of a picture????

A big sorry to my podcast buddy Michael, but things are looking pretty bleak in Seattle. Jim Zorn is struggling with simple mathematics let alone assembling a competent football team. Brandon Silvers has struggled all season long and a switch to B.J. Daniels will surely be considered moving forwards. Austin Proehl leads the team with 13 catches for 169 yards and Kenneth Farrow paces the ground game with 126 yards from his 28 carries. Those stats would be excellent over a single game but are no where near good enough 4 weeks in. Defensively they have yielded the 2nd most yardage through 4 games so work to be done on both sides of the ball up in the Pacific North West. Stop me if this sounds familiar, LA keep stalling on offence. A great week 3 showing was quickly forgotten about as a conversion rate of just 2/12 on third down meant despite a nice stat line for Josh Johnson the Wildcats couldn’t defeat what had looked a team in disarray in the 2 weeks prior. Nelson Spruce was obviously a big loss in this weekends defeat but the Wildcats should feel good about Tre McBride and Jordan Smallwood pairing with Spruce down the stretch. As for the ground game…… Elijah Hood leads the team with just 78 yards. In other words stop Johnson and you stop LA, this is why short yardage 3rd downs are problematic. The defence is opportunistic but has given up a league high number of points.

Based purely on the fact that they have just beaten LA, I put the team from the East a spot ahead on these rankings. Has Luis Perez done enough to win the starting job from Matt McGloin? Maybe, if nothing else New York at least appeared organised and disciplined this weekend. Defensively they have leaked the most yards but conceded the fewest touchdowns so they are a tough one to figure out there. Offensively however, they have the least yards, least points and least touchdowns, so yeah, they are pretty bad. Darius Victor looks good when given the ball (4.5 ypc) but no wide receiver is yet to break 130 yards. Kicker Matt McCrane is perfect on the season however, so there is a positive New York fans!

Talk about a fall from grace. After 2 impressive home wins have come 2 successive away defeats by a combined 64-9 score line. I didn’t think it could get much worse for DC after the pummelling they took in LA during week 3, but to then go scoreless in week 4, boy are those alarm bells ringing. Cardale Jones has gone from MVP candidate to after thought, criticising his receivers after his own poor play recently isn’t good on the optics. Eli Rogers brings a touch of quality to the wide receiver room but nobody is really standing out. Rahim Moore has a couple of picks defensively but when you consider they pitched a shut out in week 2, in the 3 games they have yielded points its been at an average of just under 28 per game!

I know what you’re thinking, homer! Well its not unusual for a team with an inferior record to be higher on these lists, particularly after a big win which is exactly what Tampa got on Sunday. If you listen to our pod though you will know we have been saying “don’t sleep on Tampa”. They lead the league in offensive yardage gained and lead the league in fewest defensive yardage given up. They comfortably lead the league in rushing and have the 1st pair of 100 yard runners in Smith and Patrick following their week 4 displays. Stability at the QB position is key and Taylor Cornelius appeared better without such a tight noose around his neck. Can they now repeat the trick on the road next weekend is the key question? 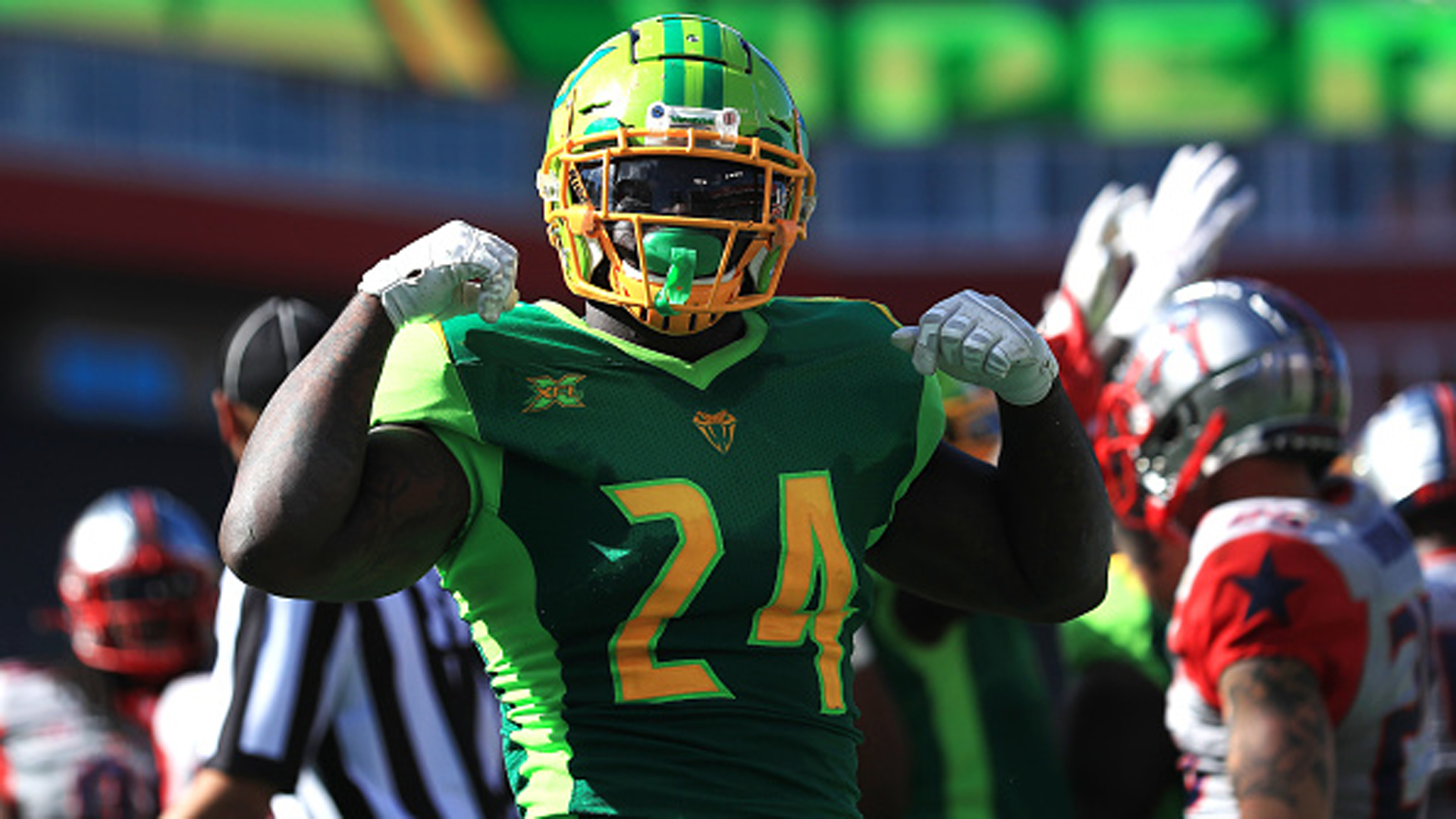 The 2 defeats that Dallas have suffered are to my top 2 ranked teams so there is no disgrace there. They have 2 game changing weapons in Donald Parham and Cameron Artis-Payne on offense and a top 3 ranked defence. The big game changer to these rankings of course could come in the next few weeks as Landry Jones recovers from a reoccurrence of the knee injury he suffered in pre season. This team has looked better with him at the controls, despite his proneness to throw interceptions (he leads the league with 7). His ability to push the ball down the field will be missed and Dallas will certainly hope for a 2 week recovery time as has been indicated.

Controversy! The only undefeated team left in the XFL do not take my top spot. The past couple of weeks have seen Houston win a couple of close games without demonstrating the flair of their opening 2 week victories. Cam Phillips was held in check for the 1st time all season this weekend, but they still found a way to get the job done which is obviously positive. The defence is very opportunistic leading the league in takeaways with 11, but they have conceded more points and 1st downs than anyone else. PJ Walker is still clubhouse leader for the MVP award and if the defence can continue winning the turnover battle then these Roughnecks will be a tough nut to crack.

Jordan Ta’amu is emerging as a star in this league. He put together his most complete game as the Battlehawks moved their record to 3-1. That’s the word and the reason I have this team ranked on top, “complete”. 2 good running backs in Jones and Micheal and 3 solid wide receiving options to supplement the dual threat QB have this offence ticking nicely. Will Hill has emerged as a leader on a defence that plays with a lot of speed and intensity and has given up a league low 62 points so far. Quite possibly the biggest home field advantage in the XFL may well play a huge difference down the stretch also, and that is certainly something St Louis has on its side.

So there you have it, after a month of action that’s how I see it. The reality is my number 1 and 2 teams are probably a class apart from the others but there is still time for it all to shake about over the next 6 weeks of action. How would you rank the teams at this stage? Get in touch…………. #Fortheloveoffootball.