The Packers, one of the more exciting teams to watch on offence over the past decade with their leaky defences and potent offences. The home of Green Bay, Lambeau Field has witnessed some classics.

Some might say that there is some sort of a transitioning taking place this season.

This is mainly due to the main bits of news regarding the Packers this offseason centering around the departure of Jordy Nelson, a cornerstone of previous Packers’ seasons and the acquisition of Tight End Jimmy Graham.

Jordy Nelson, now an Oakland Raider, departs after 10 seasons in Green Bay. The 32 year old is coming off a poor season (mainly contributed to by Aaron Rodgers injury in Week 6 against the Vikings. Nelson signs a 2 year deal with the Raiders and will surely be the slot option inside Amari Cooper, who seems certain to be the guy they funnel the passing game through. I think the addition of Jordy is a good one for Raiders QB Carr, who will have a sure handed guy over the middle to help create more high percentage plays and help sustain drives. 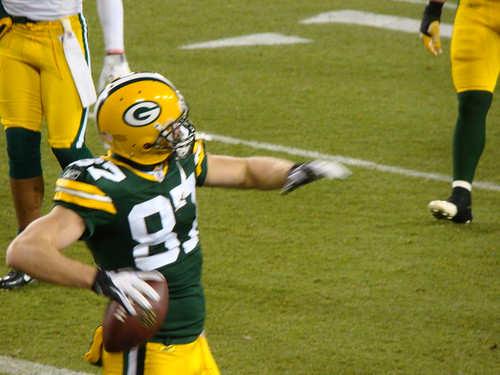 Jimmy Graham arrives from Seattle, where he eventually got in to the groove in that offence. Jimmy Graham offers similar attributes to Jordy Nelson, just from the TE position. Jimmy Graham is now mainly a redzone target and will always catch an above average amount of balls. Similar to Nelson, Jimmy G doesn’t have the breakaway capabilities that he once did and no longer will streak down the field and get open how he once used to in New Orleans.

I for one am interested to see how Jimmy Graham is integrated in to this offence because historically, Green Bay are not the most effective at using their TE players in the Aaron Rodgers’ led offence. Martellus Bennett, Jared Cook, Lance Kendriks, Richard Rodgers, Andrew Quarless have all failed to replicate what Jermichael Finley over 6 years ago did for this team and now it’s Jimmy Graham’s turn for a year or two to try and give Aaron Rodgers a reliable target man.

However, before we get too deep into this narrative regarding the above two players, we should be focusing on one person and one person only in this offence. His name is Davante Adams.

He seems somewhat of a forgotten aspect in this offence heading in to the season  and there is no doubt he is expected to ascend into an elite WR this year.

He signed a monster 4 year, $58m deal in December last year and that tells you all you need to know about this offence going in to next year. If Rodgers can stay healthy, Adams is easily going to be a top 10 WR this season in fantasy football and statistically in the game. Aaron Rodgers already trusts Adams, and has slowly but surely been a main focal point in this offence over the past 2 years.

Adams now goes in to his 5th year with the Packers, and the deal that he signed says to me that the Packers trust him and that they trust him enough to go on and be a superstar for the team for the next few years.

Now on the face of it, last year doesn’t jump of the page as a good year but let’s remember that 10 of those games were with Brett Hundley. Finishing as a WR1 with Brett Hundley under center is a massive achievement for Adams. I am really hoping that this makes his ADP drop in drafts this year because I really like Adams to the point where I am happy taking him as my first wide receiver in drafts ( I am very much an advocate for Running Back in the first round, and Adams is easily going to be going mid 2nd round this year).  In 2016, Jordy Nelson had a monster year, yet Adams was still able to put up WR1 numbers and this would not have been possible had Rodgers not trusted Adams. Rodgers loves having a safety blanket and a main guy. This year, that will be Adams.

I fully expect a WR to be drafted by Green Bay fairly high up in rounds 2-3 this year so will be interesting to see who that is and what skillset they go for, but I believe this year it will be Geronimo Allison who starts on the other side of Adams, someone who they have happily put in to the offence when others have been injured. Whilst Allison is no threat in fantasy, it is important they try and get him involved in to the passing attack to help Adams’ defence coverage that he will likely see throughout next season. It seems Randall Cobb will be back for another year after speculation that he would follow Jordy out of the Lambeau exit door (mainly cap space reasons) and will continue to work out of the sot position.

It will also be important that the Packers establish a running game to help keep opposing defences honest and I for one am not overly excited about the trio of Aaron Jones, Jamaal Williams and TY Montgomery, but they may just about get the job done for them.

The Packers defence, boosted by Muhammad Wilkerson in the offseason, will still be leaky, the way it always has been for the majority of Mike McCarthy’s reign in Green Bay. So Adams really has a high floor in terms of volume and opportunity, but also a relatively high ceiling in this offence, so to get that kind of assurance in the mid to late 2nd round is an absolute gem this year in drafts. It’s a big and very tasty pie that Adams can look forward to this year.

Like most years, Aaron Rodgers will be the first QB off most draft boards but a word of warning about the 34 year old. He is coming over a collarbone break last year and that’s the kind of injury that can easily recur. In a division where defences can be quite ferocious, this is something that would concern me and I am certainly not going to be drafting someone with a fairly high risk in the 3rd or 4th rounds. If you guarantee Rodgers 16 games this season however, he will be a top 3 QB for sure.

It’s just worth mentioning that the Packers have traded Damarious Randall from the Browns in a deal that meant that they moved up the draft board with their 3rd and 4th rounds picks, now having the first pick in each of those rounds. In the draft, they will most certainly concentrate on revamping the defence, but will also likely take a WR or 2 too.

Looking ahead to the 2018 season as it stands now, most will still (and it will always be this way with Aaron Rodgers at QB) see Green Bay as favourites for the division. It will most likely come down to the head to head matchups between them and the Vikings but the NFC North is a fairly intriguing one with the Lions making moves at RB and Chicago being the complete wildcard too with the overhaul that has happened with Mitch Trubisky and Co. One thing is for certain, the cheeseheads will always expect perfection with this team and 2018 is no different. Unfortunately, their position as top dog in the NFC north has never been more disputed and they will not get everything their own way. 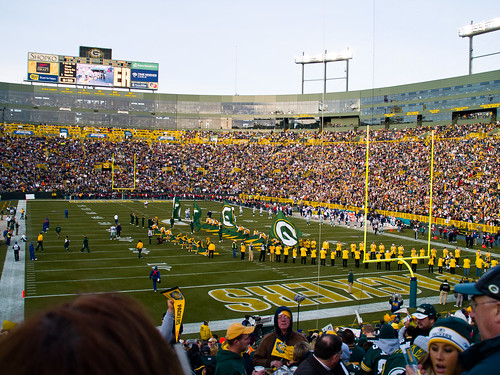